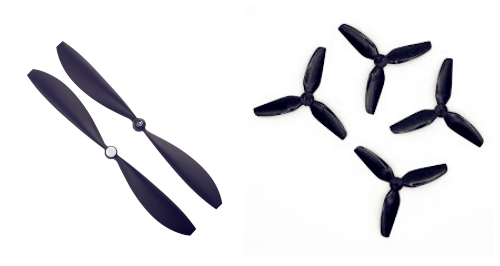 What is a propeller of drone?

A propeller is a blade. When it is installed on a drone, the lift generated by rapid rotation will bring the drone into the air. The propeller is one of the power systems of the drone. It is generally made of plastic, and some high-end propellers are made of carbon fiber.

In general, hard and light propellers are better than heavy and curved ones. Some drones are equipped with a special propeller, and you can press it gently into the drone. This is especially useful for novices, because novices may not know the proper torque when tightening the propellers.

What does the propeller model mean?

How to distinguish between CCW and CW paddles?

The Propeller Direction: CW and CCW

When installing, be sure to remember that regardless of the CCW and CW paddles, the worded side is upwards (the rounded side of the blades must be consistent with the motor rotation direction).

Why do we need CCW and CW paddles?

In order to offset the spin of the propeller in four-axis flight, the rotation direction of the separated propellers is different (as shown below), so CCW and CW propellers are required.

Choose a two-blade or three-blade paddle?

How to calculate the required propeller diameter? 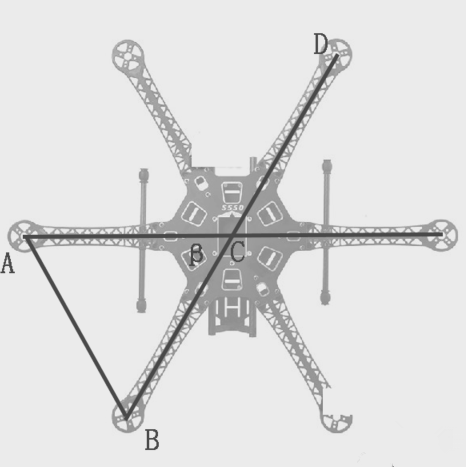 To find the distance of AB in a triangle, use the cosine theorem.

If it is to obtain the maximum flight time, try to use the largest diameter propeller supported by the frame.

Although the propeller is durable, it is also fragile, so do not place it in a place where it is easily damaged.