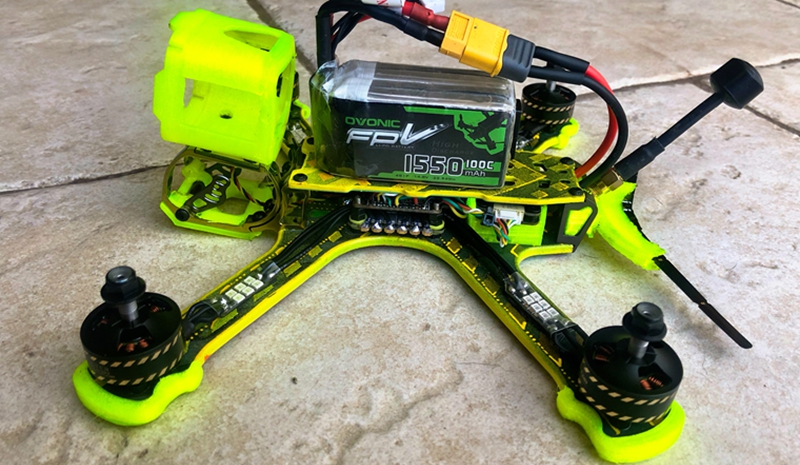 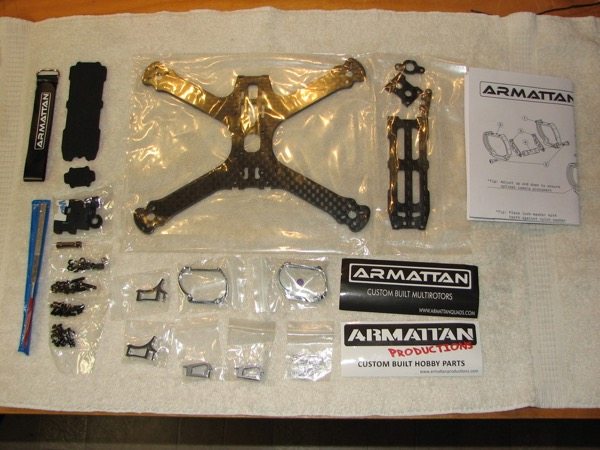 The carbon fiber frame is chamfered very cleanly.  There are no sharp edges on this frame. 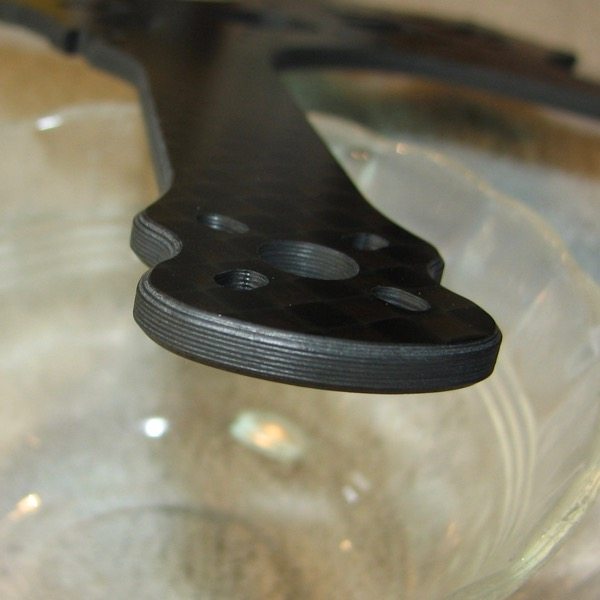 I wanted this build to be robust and reliable, and that meant eliminating connectors and using soldered connections wherever possible.  In order to hard-wire the R-XSR, I first had to remove its connector.  To minimize the risk of damaging the circuit board, I snipped away the plastic connector housing to expose the individual pins, which could then be unsoldered one at a time.

Then I could solder on wires using the thru-holes. 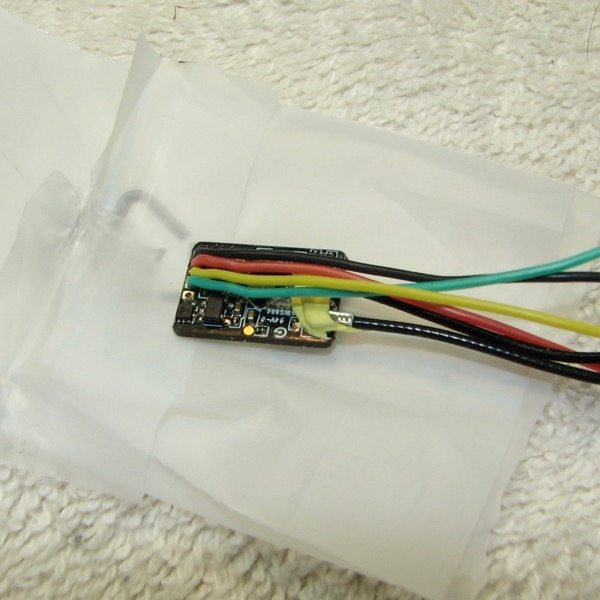 The TBS Unify HV has separate pads along the edge of the board, so I didn’t have to remove its connector. 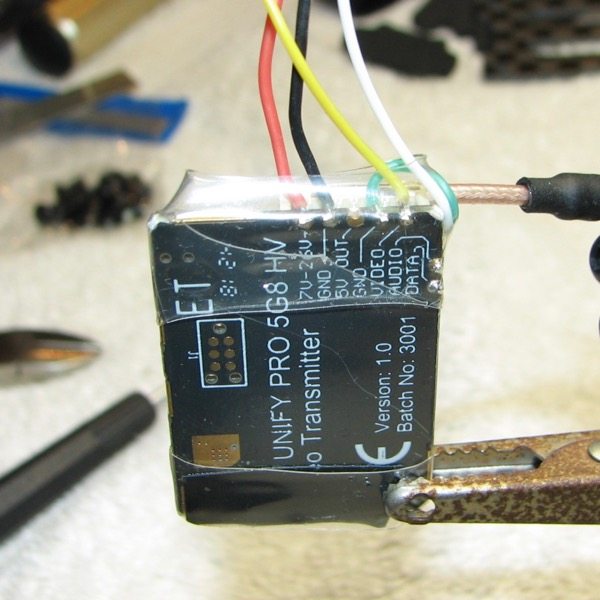 I mounted the VTX and the receiver with two-sided tape.  The Marmotte frame has a little bit of extra length compared to the Rooster, and that made it easier to fit everything in.  I mounted the ESCs on the arms using foam tape and .75″ heat shrink tubing. 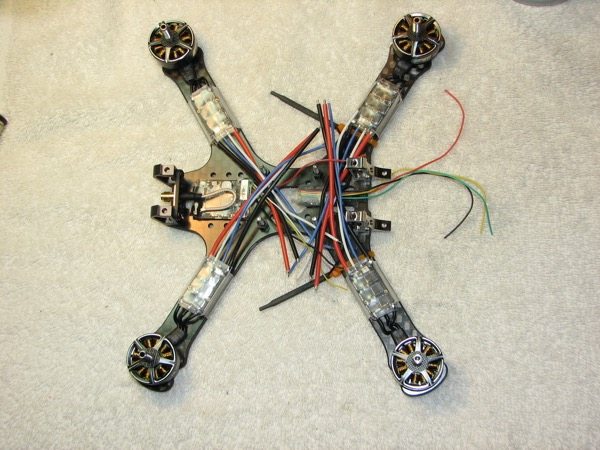 I originally planned to use a Matek F722-SE flight controller.  It seemed to work fine when connected to Betaflight Configurator, so I went ahead and wired everything up. 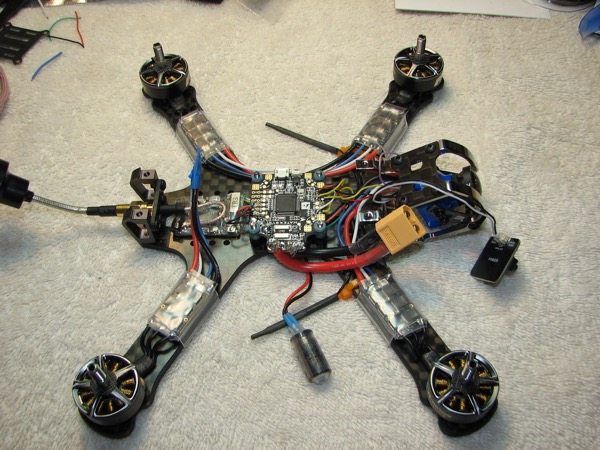 Only after everything was connected did I discover that the Matek flight controller had a defective video signal path.  All I could see in the goggles was a flat black screen.  Not even the OSD showed up.  I made many attempts to get it to work, including

but nothing worked.  I then unsoldered the camera’s video output and the VTX’s video input from the FC and connected them directly together.  That worked fine, confirming that the FC was faulty.  I decided to replace it with a Holybro Kakute F7 AIO.  What a pain!

I always like to plan out the wiring in advance so that I know where each wire will go.  Some FCs have too few ground and power pads for a build with lots of peripherals, so some wires have to share pads.  It’s much easier to do the wiring if that’s all planned out in advance.  Here’s the wiring plan I made for this build: 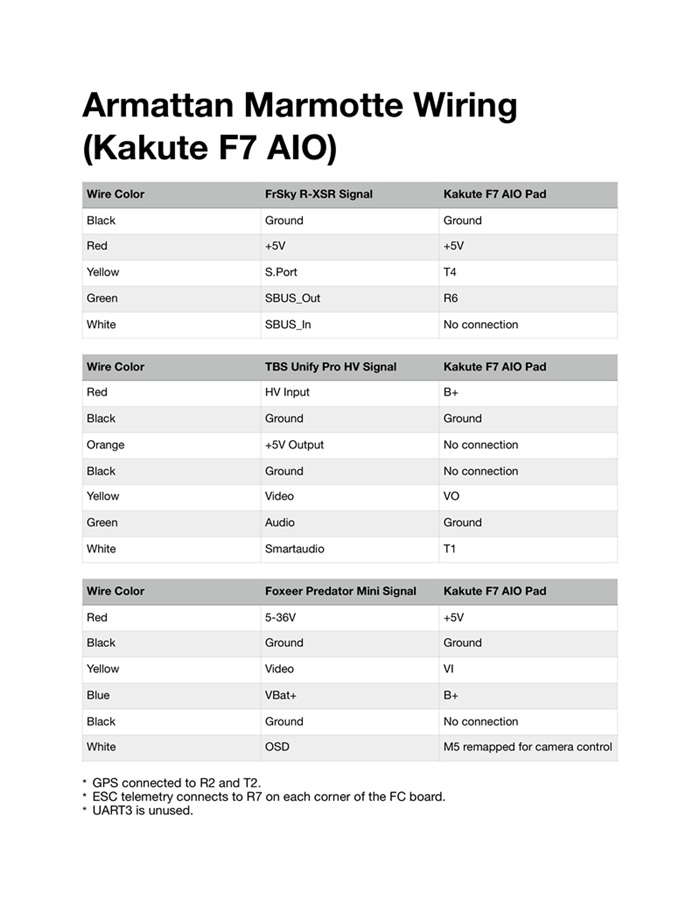 I stuck a piece of foam on the receiver to cover the barometric altimeter on the bottom of the FC.  The barometer chips are sensitive to both wind and light, and covering them with foam yields more stable readings. 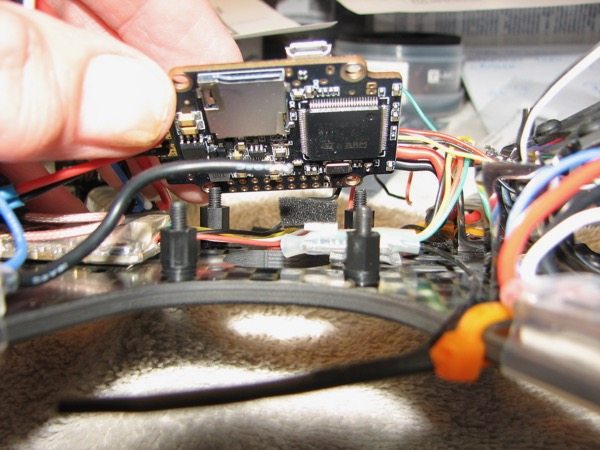 I attached the GPS/compass to the HD camera plate using foam tape and a cable tie.  I have been flying without an HD camera lately.  I’m making a focused effort to become a better pilot, and that means pushing my limits and trying risky things.  I’ll put the HD camera on later, when there’s less chance of it getting damaged.  I left enough extra wire to mount the GPS/compass on top of the HD camera when the time comes.

I have a GPS on one of my other quads, and I absolutely love it.  It has saved me a lot of time hunting for a downed quad.  I display the latitude/longitude in the OSD and also on my Taranis telemetry screen.  To find the quad, I enter the coordinates into GPS Tracks app on my phone.  It points in the direction I need to walk and tells me how far away the quad is.  It works great.  No more hunting around searching in tall grass!  I have a beeper, too, but I can’t hear it unless I’m already pretty close to the quad.

A side benefit of GPS is that it provides a real-time clock to the flight controller.  This means your Blackbox files will have accurate timestamps, and you can display the date and time in the OSD’s post-flight statistics.

Here’s everything all wired up: 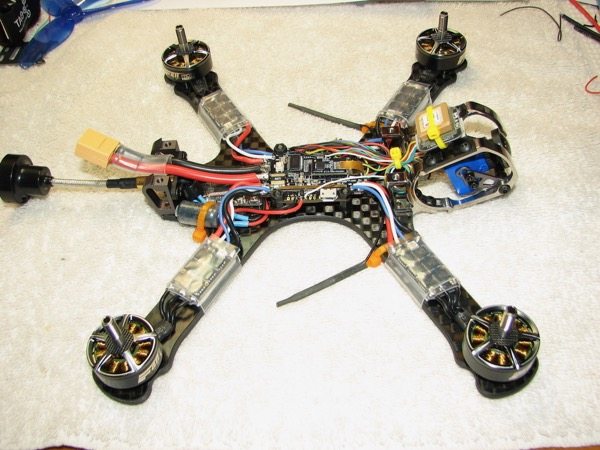 The Tekko32 ESCs have LEDs that you can turn on with BLHelisuite32.  Nice! 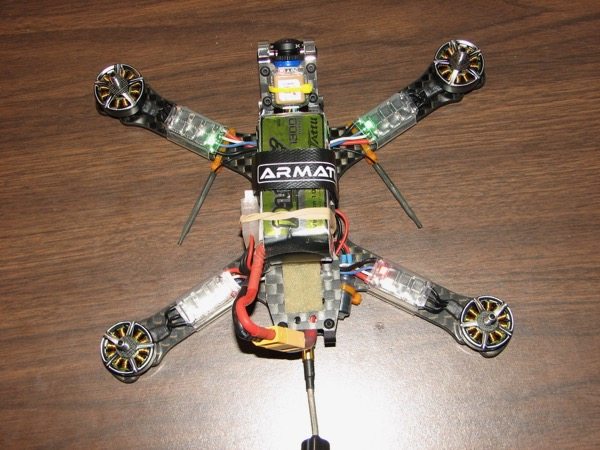 I first tried the Ethix S3 props, but it seemed underpropped and the motors were revving pretty high.  That’s not surprising, since the pitch of those props is only 3.1″.  I switched to DAL Cyclone 5045 props, and they seem to be a better match for this quad, at least without an HD camera mounted on it.  Here’s the fully-loaded weigh-in. 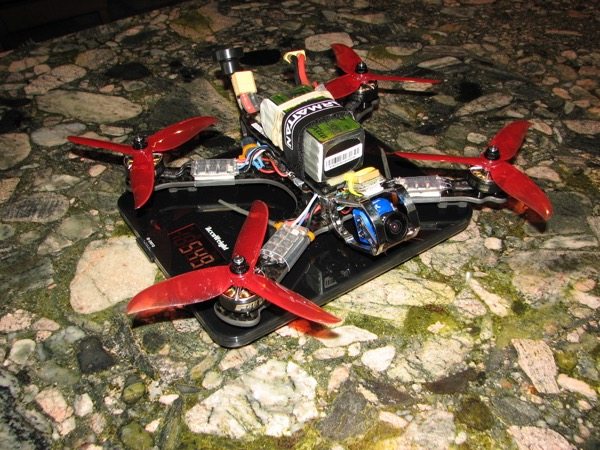 So far I’ve only flown a couple of LiPos, but I’m very happy with the performance of the quad on the default Betaflight 3.5.7 tune. 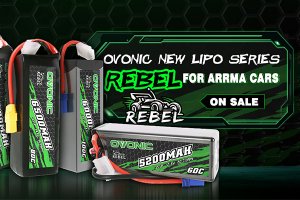