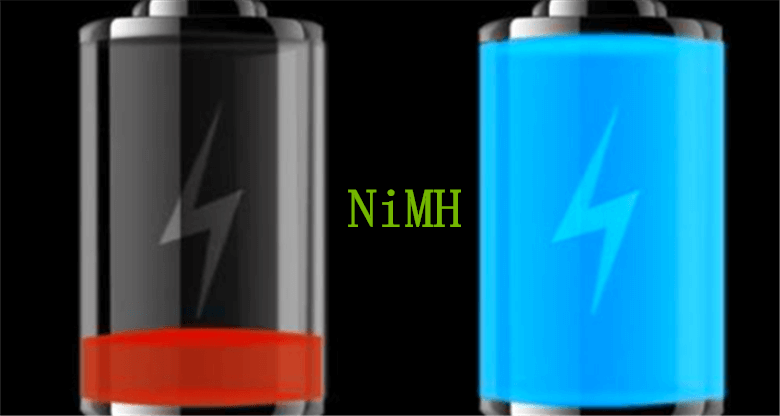 NiMH batteries have the same memory effect as Ni-Cd batteries, but are much smaller than Ni-Cd batteries. Therefore, it is not necessary to perform a discharge operation every time it is charged (because improper operation will damage the battery), it only needs to be fully charged and discharged every three months to alleviate the memory effect. 2.The self-discharge rate of Ni-MH battery

3.The higher the capacity of the Ni-MH battery, the better

But for the same battery model, the nominal capacity (such as 600mAh) is also the same, and the actual measured initial capacity is different: for example, one is 660mAh and the other is 605mAh, so is the 660mAh battery better than the 605mAh battery. The actual situation may be that the high capacity is due to the fact that there are more things to increase the initial capacity in the electrode material, and the things used for electrode stabilization are reduced. The result is that after tens of cycles of use, the battery with high capacity quickly fails in capacity, but the capacity is low. The battery is still strong. Many domestic battery cell manufacturers often use this method to obtain high-capacity batteries. However, the user’s standby time after six months of use is a mess.

Those AA NiMH batteries for civilian use are generally 1400mAh, but there are also standard ultra-high capacity (1600mAh), and the truth is the same.

The price of increasing the capacity is sacrificing cycle life. It is impossible for manufacturers to truly “improve” battery capacity if they are not in the context of battery material modification.

Scientific charging method can extend the life of Ni-MH battery.

A new Ni-MH battery has only a small amount of power. You must charge it before using it after purchase.

However, if the battery leaves the factory for a short time and has sufficient power, it is recommended to use it before charging. New Ni-MH batteries generally need to be charged and used 3-4 times before they can reach their best performance.

Recharge Ni-MH battery after each use

Keep the battery clean and cool

When charging, pay attention to the heat dissipation around the charger. Keep the battery clean when not in use, especially the contacts at both ends, and wipe gently with a soft dry cloth if necessary. If it is not used for a long time, take the battery out of the battery compartment and place it in a dry environment.

Charge first after storing for a long time

Ni-MH batteries will enter a “sleep” state after being stored for several months, and the battery life will be greatly reduced. If the Ni-MH battery has been stored for a long time, it is recommended to charge it with a slow charge first. Generally, the voltage of the Ni-MH battery is below 1.2V before charging, and the normal voltage is around 1.4V after being fully charged. This can be used to determine whether the battery is fully charged.

The battery is a chemical “power source” widely used in the world. It has the advantages of stable voltage, safe and reliable, low price, wide application range, abundant raw materials and high recycling rate. It is the world’s largest battery and the most useful. A wide battery.