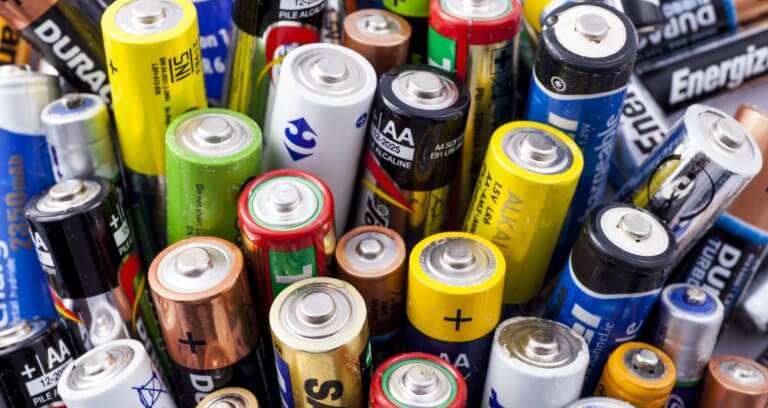 With the world’s human population already at seven billion people and expected to climb even higher to at least eleven billion by the year 2100 as projected by the United Nations, it calls for serious concerns. This is because the steadily rising population in combination with increased environmental challenges poses a threat to our already thinly stretched energy resources.

Hence, there is a need for more power; clean and renewable power at that. The advantages of clean and renewable energy are too numerous to recount. First is that the activities of man which are overloading the atmosphere with toxic waste like carbon dioxide and other global emissions are significantly reduced, thereby leading to a reduction in global warming.

Also, it leads to improved health as air and water pollution, which is caused by emissions from coal and natural gas are drastically reduced, thereby improving the health of the populace.

With alternative power and battery technologies, jobs are created, and the economy is improved. It is also cheaper and more to our interest rather than what we are used to currently.

At the moment, our energy storage techniques are molded by lithium-ion batteries, and this is at the advanced level of such technologies. While lithium-ion batteries have a high energy density, discharges by itself, have a low maintenance rate, doesn’t need to be primed and is available in a variety of models there are many disadvantages to its use too.

Some of these disadvantages include the need for protection of the cells and batteries from overcharging or over-discharging as they are not as robust as other types of rechargeable technologies. Another disadvantage is that they suffer from aging, this is not only dependent on time or calendar but also dependent on charge and discharge cycles that the batteries have been through. Another disadvantage is the issue of transportation. Transport is limited to ships as many airlines have reduced the number of lithium-ion batteries they take on board.

This is not all; it is also more costly than other types of battery technologies (more than 40% more expensive than Nickel Cadmium cells). And there there’s the fact that it’s still an immature technology despite been in existence for so long. Technology is ever-evolving and does not remain constant; hence, there is a need to improve on it.

Going forward into the future, what can we look forward to? What better battery technologies can be developed?

Let’s begin by briefly been acquainted with some battery basics. A battery is just a collection of one or two cells, with each having its cathode (positive electrode) and anode (negative electrode). The use of different chemicals and materials then affects the properties of the battery and determines how much energy is to be stored or given off and how much it can provide as well as the cycling capacity.

Most battery companies are continually researching to discover chemistries that are more affordable, denser, lightweight, and powerful. In this article, we take a look at the three disruptive battery technologies that could power the future:

This represents a standard deviation in terms of technology. In modern Li-on battery, there is an ionic conductivity across electrodes. That is, ions migrate from one electrode to the other using the liquid electrolyte as a means of transportation.  In all batteries of solid-state, the electrolyte in liquid form is replaced by a solid compound, which regardless still allows lithium ions to migrate within it.

This is an old concept that’s for sure, but in the last ten years (thanks to research and several discoveries), solid electrolytes can now take the place of liquid electrolyte with a higher level of ionic conductivity having a close resemblance to that of the liquid electrolyte thereby bridging this particular technological barrier.

The first would be a marked improvement in the safe use of cells and batteries, and this is mostly because inorganic solid electrolytes are non-flammable when heated, unlike what’s obtainable with solid electrolytes.

Secondly, since it has a reduced rate of self-discharge, it allows for more innovative and high-voltage high capacity materials thereby bringing about lighter, denser batteries which feature better safety performance as well as increased shelf-life of the battery.

Also, since the battery can display a high power-to-weight ratio, it may be better suited for electric vehicles.

As time progresses, battery technologies of lighter solid-state, which will use metallic lithium anode, will be available commercially.

The working mechanisms of sodium-ion (Na-ion) are similar to that of Lithium-ion (Li-ion) with the fundamental differences being that lithium is replaced with sodium in sodium-ion. Different varieties of sodium-based materials can be used as the battery’s cathode (positive electrode), which is fixed when it comes to performance. For example, longer life or cycling capacity.

Sodium-ion batteries feature many advantages. One of such is that it’s a cheaper option than the lithium-ion battery (up to 30% for each cell). However, the sodium-ion battery cannot be compared with lithium-ion in terms of energy density, weight, or volume. It may only be suitable for stationary applications where all the above mentioned is not needed. These may also involve storing excess electricity gotten from renewable sources of energy such as wind or solar.

Since the majority of the cell component and the whole manufacturing process is the same as that of current Li-ion batteries, there would be more focus on electrode materials. In three to four years to come, Na-ion batteries will most likely start been produced.

In Lithium-ion batteries, the main materials are layered in between the lithium ions using a stable host structure during its charge as well as discharge. However, in Lithium-Sulfur batteries (Li-S batteries), such host structures do not exist. While the battery is discharging, the lithium anode is being consumed, and sulfur will be transformed into various chemical compounds. The reverse takes place when it’s being charged.

First is that Li-S using very light active materials; sulfur is the cathode (positive electrode) while lithium is the anode (negative electrode). This is the reason why its proposed energy density is extremely high (up to four times more than that of the Li-ion). This makes it ideal for space industries as well as space aviation.

To make it better and improve its life expectancy and also increase its specific energy density, there is a need for further research and development. It is expected to take at least five years before it is ready for application as more work needs to be carried out.

The 236th ECS meeting scheduled to hold from October 13-17, 2019 at Hilton Atlanta is sure to attract scientist and engineers from all around the world as there is a need to have an update on the latest developments in electrochemistry and solid-state science and technology. From this exciting and all engaging symposium, it’s most likely we will discover other disruptive battery technologies that could power the future or even discover a significant advancement in the ones already on the ground.