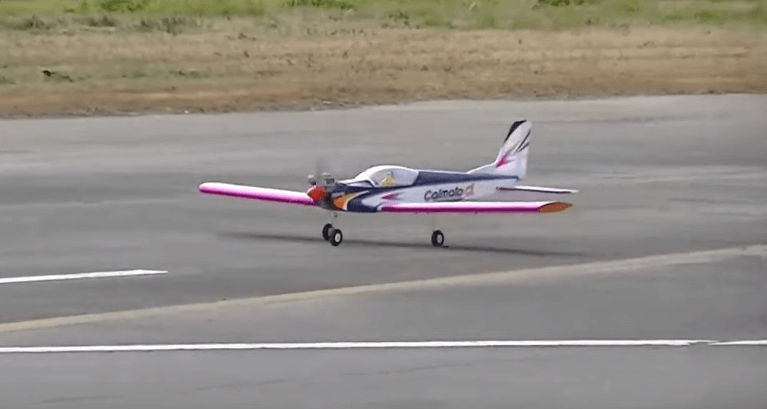 The battery is the heart of the RC airplane. Motors, servos, and receivers all need batteries. Battery selection depends not only on battery life, discharge voltage, current, energy storage density, and even the external dimensions are all factors to be considered. 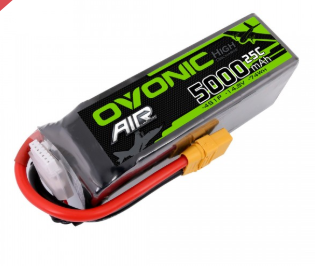 First let’s talk about the basic parameters of the RC airplane battery.

The lipo capacity on the market is distributed from 50mAh to 10000+ mA h. The lipo capacity is directly related to the weight of the battery. This involves the balance between battery life and weight loss.

Next, talk about the discharge rate of the RC airplane battery.

25C refers to the unit of nominal current (that is, the number of milliamps in milliamp hours, for example, 5000mAh). Multiplying the number C, you can get the maximum discharge current of the battery (5 A in the example). * 25 = 125A). The C number marked on the battery generally has a margin. Sustained discharge at this rate generally does not cause safety problems, so it is called a continuous discharge rate. The other parameter, peak discharge rate, refers to the fact that the battery can be discharged at a short rate (usually no more than 10 seconds) at a changed rate. Discharging at a current exceeding the safe discharge rate may cause safety accidents such as battery bulging, fire, and explosion. In general, it is recommended that the continuous discharge current of the battery is slightly higher than the overall electric current of the RC airplane (including the power unit, transmission and receiving device).

In the example of 5000mah 18.5v, 18.5V is the nominal voltage of the RC airplane battery. The single cell lipo has a nominal voltage of 3.7V, so divide 18.5 by 3.7 to obtain 5. The lipo is a series of five 3.7V cells (that is, a 5S battery). The full-charge voltage of RC airplane batteries is generally 4.2V (now high-voltage lipo appears on the market, and the full-charge voltage is 4.35V.
Compared with 4.2V lipo, the energy storage is greater, the voltage is greater, and the power is stronger). The storage voltage of the RC airplane battery is generally 3.85V. At this time, the battery is in a relatively safe state and is not prone to bulging and explosion safety accidents. The discharge safety voltage of the battery (below this voltage is prone to battery capacity loss and battery bulging) is generally 3.60V. The alarm voltage when the RC airplane is flying can also be set at 3.60V. 2.75V is the discharge stop voltage of lipo. At this time, the battery is fully discharged and the battery capacity is greatly depleted. At this time, charging will swell (gas is generated inside, but high pressure may explode).

Due to the physical and chemical properties of lipo, the charge and discharge will stop after the high rate charge and discharge, and the voltage will continue to change. This phenomenon is called virtual power. According to experience, if 3.6V is used as the alarm voltage, the battery will be recovered after a period of time after the battery is removed. this is normal phenomenon.

Lipos on the market from 1S to 12S are all available. Generally speaking, the majority of KT board machine 3S. At the same power, the higher the voltage, the smaller the current, and the smaller the calorific value. However, the maximum voltage of the ESC motor and the receiver must also be considered.

The structure and connectors of lipo. 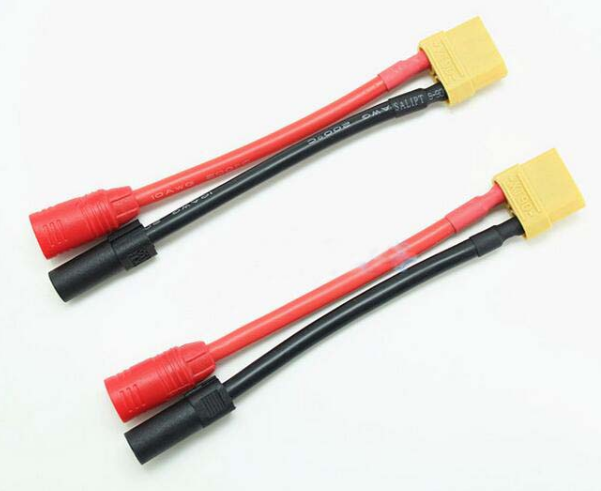 The core of lipo is a packaged battery cell. The cells are connected in series. There are generally two output terminals. One is the power line, which is usually a thick silicone wire, which is used to supply power to the RC airplane power equipment.
There are many kinds of connectors for power cables. T plug is the cheapest and most widely used, but it can pass limited current. JST connectors are often used in light aircraft such as F3P. XT60 can safely power small and medium current RC airplanes. XT150 is generally used in high current equipment such as helicopters.
In addition, another thin cable on the lipo is called a balanced plug, which is directly connected to a battery core. It is generally used for charging and voltage monitoring.

Simple bulging is not a problem for safety. Batteries with too more bulging are recommended to eliminate.

Leakage generally does not cause a safety accident. But liquids are often corrosive. In addition, the voltage of the battery cell after the leakage will gradually drop to 0, so the disassembly of the battery holder can be considered to reduce the number of cells.

If the battery does not leak or explode after impact, the battery can still be used normally.

Short-circuited batteries explode in a short time, so test the battery before use.