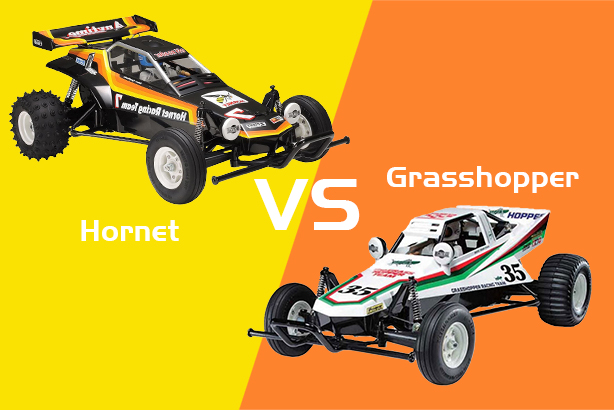 In 1984 Tamiya introduced two classic 1/10 scale RC cars – Hornet and Grasshopper, and they are still great products to this day. In fact, most of their components are similar, but there are big differences in the details. Which is better, Hornet or Grasshopper?

Simple answer: Overall, Hornet’s performance is even better. It has a more powerful drivetrain than the Grasshopper. In addition, components such as shock absorbers and suspensions are made of sturdy materials, so they are more durable. However, Grasshopper costs less, and if you’re not after speed, its long runtime is worth considering.

If you are very interested in this question, then the long answer below is where I compare them in detail.

We can think of Hornet as an upgraded version of Grasshopper. They are both 2WD and bathtub frame off-road vehicles. In terms of components, they have different body materials, motors, shock absorbers, and suspensions.

DURABILITY: The Grasshopper’s shell is designed with sturdy ABS plastic instead of the Hornet’s polycarbonate body. In terms of the suspension, the Hornet used a swaying rear axle design, while the Grasshopper used a simple friction shock system that pivoted up and down.
Also, running oil-filled shocks is more maneuverable, especially when landing while jumping.

The Hornet, Tamiya’s 45th model produced, was one of Tamiya’s iconic and best-selling RC vehicles ever made. The Hornet is a 2WD 1/10 off-road vehicle, released on October 9, 1984, with colors and shapes inspired by the bumblebee.

This Tamiya model was fast, lighter, and rugged than the Grasshopper due to its Lexan (polycarbonate) shell. The Hornet came equipped with a rigid bathtub chassis, black plastic wheel bearing, rear suspension, and a big flexible front bumper that made them durable.

Since 1984, Tamiya has produced three different Hornet models making the Hornet one of the longest-running Tamiya kits.

The Grasshopper was introduced in the 1980s, and at the time it was one of the most classic products. Other manufacturers scrambled to emulate the vehicle and launched similar copies.

While the Grasshopper’s 380 motor isn’t as good as the 450, it offers reasonable speed and a longer run time. Initially, the kit came standard with an ESC that fit a smaller 6-volt (5-cell) battery pack, but over time, 7.2-volt (6-cell) batteries became the standard type used in Grasshopper.

The Grasshopper’s body is sharp and angular, and its color is dominated by white, with red and green stripes embellished. The exterior looks very dynamic. Grasshopper is a budget 2WD 1/10 scale dirt bike Baja perfect for RC beginners.

To date, Grasshopper has undergone two remakes with a different look than the original.

Both the Hornet and Grasshopper are great retro RC cars, but that doesn’t mean they’re obsolete. They’re not high-performance cars compared to today’s cars, but you can collect them. Which one to choose comes down to what you like. 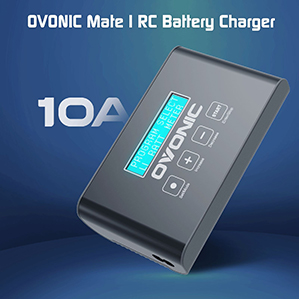